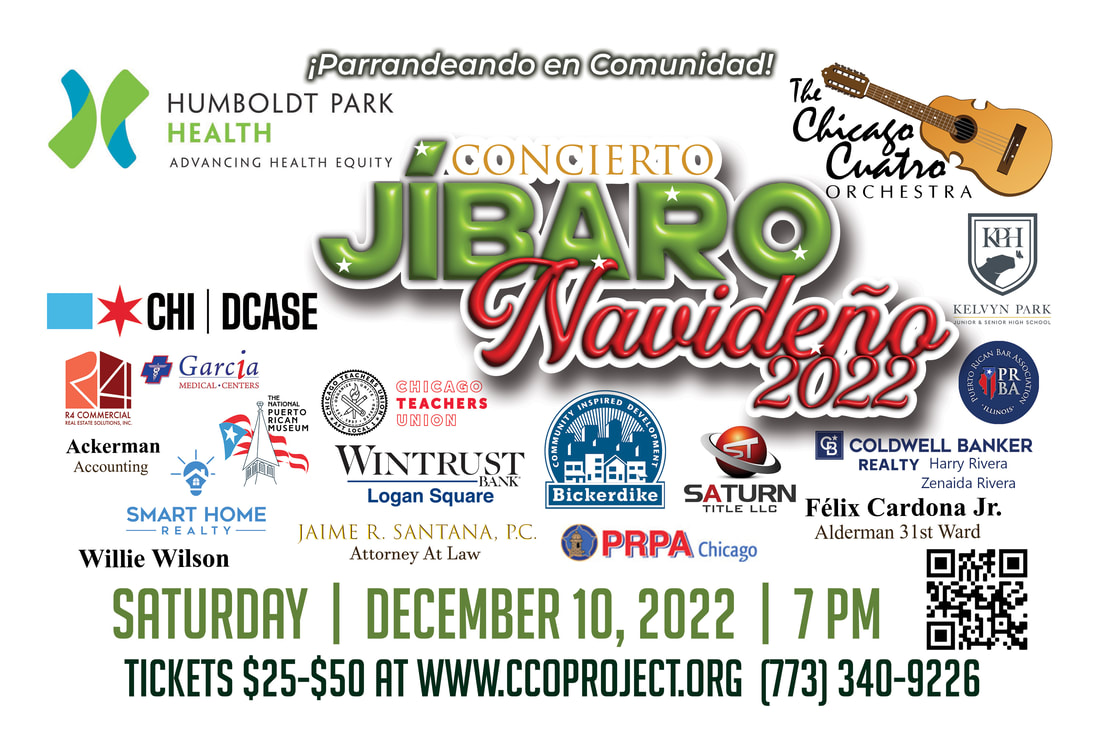 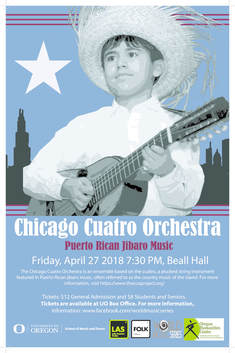 ​The Chicago Cuatro Orchestra toured to the University of Oregon!

​“Chicago’s very own” Chicago Cuatro Orchestra performed at the University of Oregon as part of the university’s World Music series.

​The CCO delivered its signature blend of Puerto Rican rhythms with touches of contemporary Latin music, jazz, rock, and blues to the West Coast!  While there, the CCO also visited an elementary school and exposed the kids to our unique mix of entertainment and cultural education. 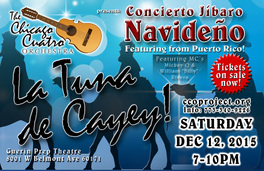 The Concierto Jibaro Navideno
was a great event. Thank you all for your support.
Follow us as 2016 will be our 20th Anniversary Year!
October 13, 2015 CCO at River Grove Library
Author: Jose Vazquez
It was an absolute great pleasure to have been invited to perform at the River Grove Library's 'Hispanic Heritage Month'.
​The Chicago Cuatro Orchestra was honored to perform in front of the community locals. With the opportunity presented, we took the time to educate the audience with a cultural background of Puerto Rico's national instrument 'The Cuatro' and it's jibaro (folkloric) music. Thank you so much to the River Grover staff members, Lance Anderson, Anastasia Daskalos and Jazmin Bravo for their wonderful hospitality.
July 18, 2015
The Chicago Cuatro Orchestra performed at this year's 9th Chicago Latin Jazz Festival. Click for Details.
June 27, 2015
June 6, 2015